Hanna Elisabeth Watson was raised in a Christ-centered household where she created countless hand-clapping, foot-stomping, Pentecostal memories. Despite her foundations, she often behaved like the Biblical prodigal son, struggling to see relationship with God as the ultimate prize in a world that offered a wealth of scintillating gifts. However, when confronted with the harrowing reality of police brutality, Hanna found solace in a deeper reliance on the God who desired to make her broken community and wandering soul new. It was then that Hanna began to write spoken word poetry.

Through this art form, the Creator reintroduced Himself to her by teaching her how to mimic His methods of making something good out of nothing–nothing but the words that He would give her. So today, Hanna is a protégé (noun. one who is protected or trained or whose career is furthered by a person of experience, prominence, or influence) of God, the most prolific spoken word poet of all time.

Hanna studies Poetry and African-American Studies at the University of North Carolina at Chapel Hill, where she continually publishes and performs her work. She has ministered in cities from Washington D.C. to Cape Town, South Africa, and was featured in Poets in Autumn, the largest spoken word tour in the world.

Some of Hanna’s work can be found online at:
– https://cellardoorunc.wordpress.com/ (poetry for the page)
– Your (Multiethnic, Inter-racial, Cross-Cultural) Kingdom Come (A podcast on reconciliation)
– Hanna’s YouTube channel
– She also shares poems on her Facebook page and Instagram, @hannawatsonwrites

Erin Rose lives and works in vibrant Richmond, Virginia, where she serves as Worship & Teaching Pastor at East End Fellowship. Erin is also a member of Urban Doxology, a ministry that is writing the soundtrack of reconciliation for the church. Her greatest joy lies in leading God’s people in authentic worship and teaching them the truth found in God’s Word. She also enjoys eating delicious food, spending time with loved ones, and indulging in the occasional Netflix binge.

Kristen Peyton is a painter, printmaker, and muralist working from observation and invention. She earned a Master of Fine Art in Painting from the University of New Hampshire in May of 2017 and a Bachelor of Arts from the College of William and Mary in 2012. Kristen is a native of Pittsburgh, Pennsylvania, and a resident of Richmond, Virginia. She is the Director and Curator of the Flippo Gallery at Randolph-Macon College as well as an instructor of drawing at Randolph-Macon and the College of William and Mary.

Kristen’s work is a gesture of hospitality. She invites others to marvel at the mystery and beauty of commonplace moments found in everyday life. She welcomes her viewers into the profound presence of a chosen moment by offering through her work the gift of “eternal timefullness.” Artist and writer Makoto Fujimura speaks of “eternal timefullness” in his book Refractions as such, “A timeful experience is given when our minds are allowed to fully respond to the senses, to tap into the eternal reality that God opens for us via creativity. It’s what Williams Blake, the eighteenth-century poet, meant when he wrote, “To see a world in a grain of sand, / And a heaven in a wild flower, / Hold infinity in the palm of your hand, / And eternity in an hour.” This Kristen offers in hospitality to the viewer.

The Uptick Artist Collective is a group of artists from Virginia and beyond who are passionate about making disciples and using their crafts to inspire. Birthed in 2014 by Logan Jones and Rachel Pierce, and the investment from Uptick, Logan and Rachel began to pay it forward to a group of singer/songwriter and worship leaders. Over the course of the next several years a collective of artists was born.

Each year a group of artists gather to learn, be discipled, create and pay it forward to the next generation of creative leaders. Since 2014, more than 18 artists have joined the collective. Each one serves and creates with their respective craft some Pastors, some Worship Leaders, some painters, photographers, singers, songwriters and the like.

India Cloe is currently studying as a freshman at Virginia Commonwealth University in the art department. She grew up just outside of Richmond, Virginia in Hanover County. India has had a love of art and christ since a young age and enjoys showing others this love. Painting is her first love in art and she finds a stronger connection with God through her work. 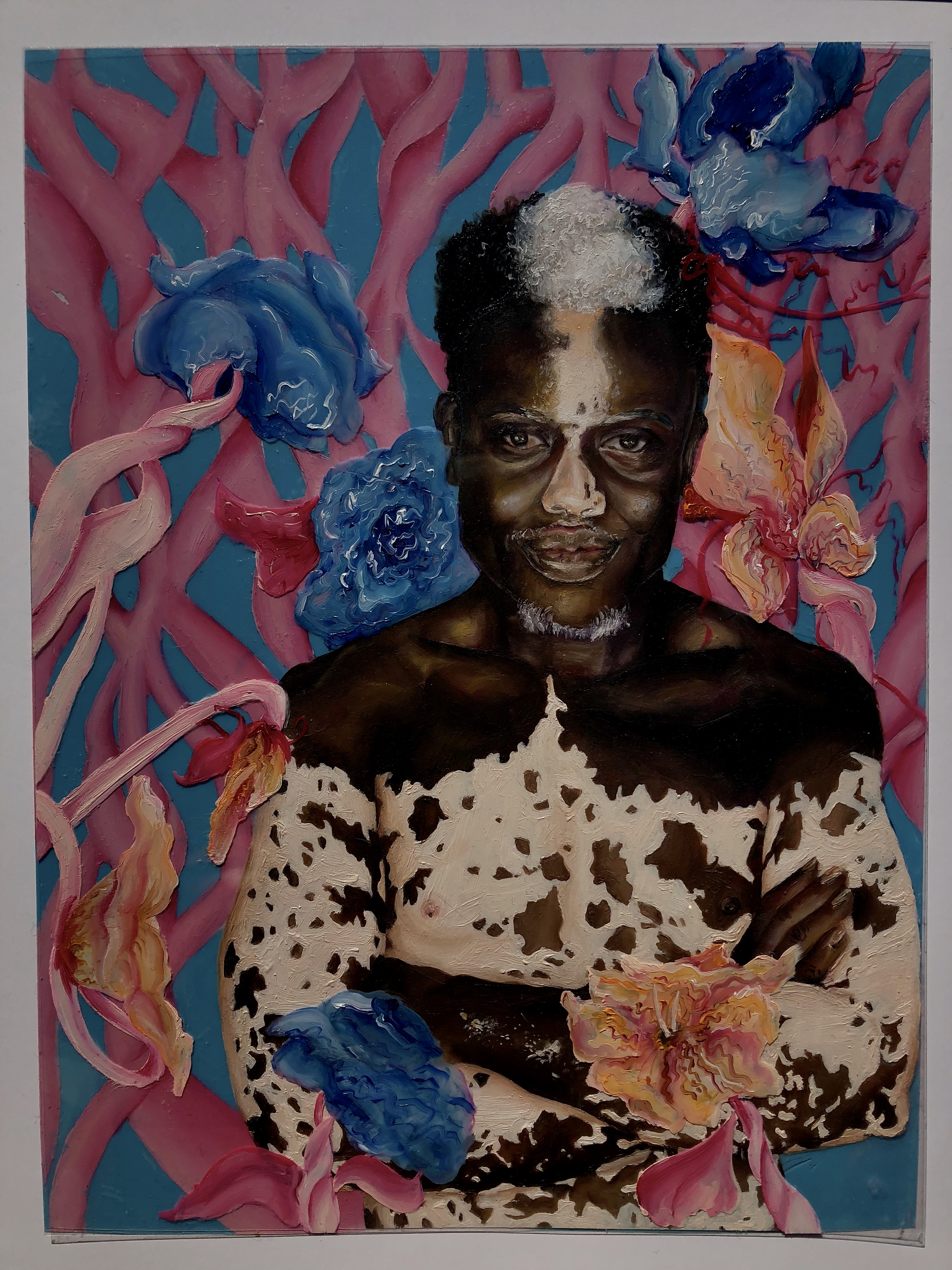 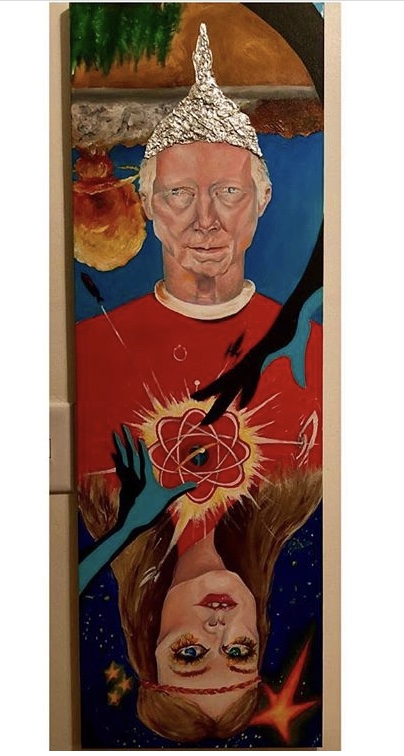 Harrison Higgins grew up in Richmond, VA and graduated from Woodberry Forest School and Davidson College. Following school he worked one year at Elk Hill Farm and then began an apprenticeship with Frank Marquette, a German cabinet maker working in Richmond.

After working with Frank for two years and he started his own shop in Goochland County, VA in a farm shed with a dirt floor and no electricity. Harrison had about a month’s worth of repair and refinishing work to do as well as a new born child to take care of.

He now has 7 employees, heat and electricity, a well-equipped shop, and orders for work for months in advance. The furniture appears in a number of historic sites such as Williamsburg, Monticello, Mt Vernon as well as private homes.

Harrison’s work was featured in Christianity Today in this short documentary: Furniture Fit for a Kingdom

Addy Klinger has a passion for capturing moments through her camera lens. She lives with her loving parents and sister in Hanover County where she is able to photograph individual portraits, families, and events in various localities. As a high school student, she is a member of the field hockey team, key club, beta club, and the yearbook staff where she serves as a main photographer for the book. Addy has been attending church ever since she can remember and loves seeing how God moves throughout the Children’s ministry where she volunteers.

Check out some of Addy’s work and follow her here: @addyklingerphotography

Hunter Marie Hedrick is a freshman at Randolph-Macon College and actively participates with the InterVarsity Chapter on the campus. She started photography when she was a sophomore and all the way through her senior year, she participated in the Photography and Graphic design course offered at Stafford High School in Stafford, Virginia. Since starting photography, she has engaged and shot many varieties of photography styles ranging from portraits and weddings, to school events.

Hunter grew up in military family, and was born in Japan before moving to North Carolina and eventually, Northern Virginia. Since becoming apart of the Randolph-Macon InterVarsity chapter, she has renewed herself to the lord and is following him in his words and actions. She can not wait to help tell the moving stories of the artist that will be told at mission possible through her photos!